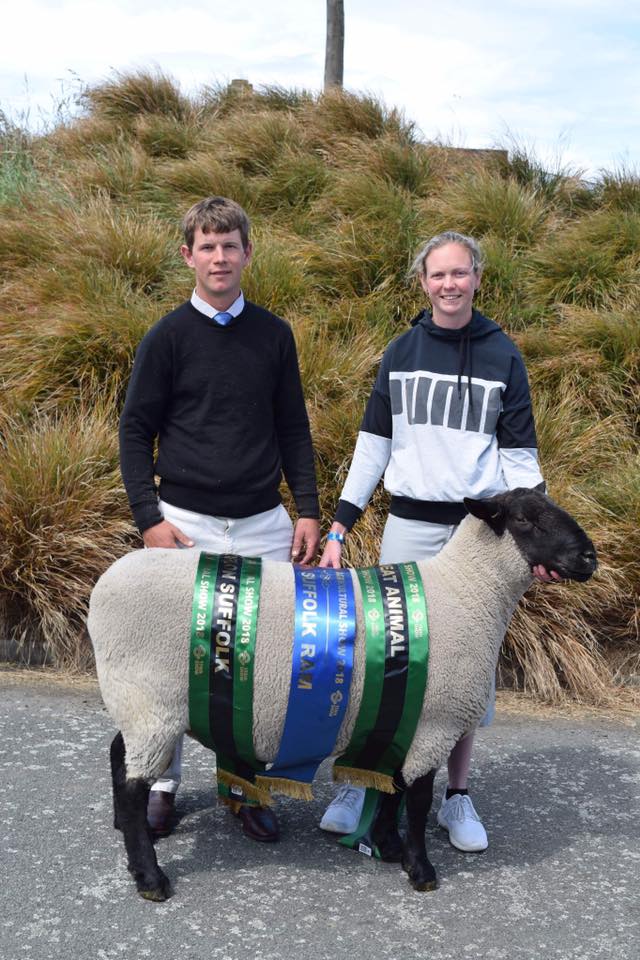 Manahune Sheep Stud was started in Queenstown by Charles Miller-Brown in 2007 breeding Dorper and White Dorper Sheep, under the name Slopehill Downs,and in 2011 we started a Texel stud.
In 2013 we moved up to North Canterbury, and early in 2019 we purchased Manahune in Waipara.
Manahune is a 380 Ha livestock breeding farm on Glenmark Drive, known for being early country that dries out over summer, but we hope for a good spring and autumn.
In 2019 we are wintering 3000 Halfbred and Corriedale ewes, 250 Stud ewes, 50 Ram Hoggets, 500 Ewe Hoggets (commercial and stud) 55 Beef Cows ( mainly Hereford) and 45 R1 Fresian Bulls. 36 HA of winter oats have been grown for supplement, plus baleage and hay has been harvested for supplementary feed.
We have 3 sheep studs, Limavady Suffolks, Manahune Texels and we also farm in partnership the Bellfield Southdown Stud.
We have sold our Dorper and White Dorper studs, but for any enquiries about these breeds we are more than happy to introduce interested people to the studs who purchased our genetics.The decision to move away from these breeds was a difficult one as we have had a couple of very successful years with the breed, but the commercialisation of our operation, and the shift to Manahune meant we had to simplify what we were doing and 4 sheep studs was too many.
Selling rams is the main objective for us with our studs, but we also take sheep to a few A and P Shows.
2018 was a very successful year,
Some noteable results being Amberley A and P, where we won the allbreed export sire class and also the best ram hogget of the show both with suffolk 2017 born rams
Canterbury A and P, Best Carcassed sheep of the show, with a 2017 born ram LIMAVADY 137/17 and Supreme Meat Sheep of the Show with PINEGROVE 15/15
Aside from the competitive side of shows, it is a great way for us to compare our stock to the best other breeders have, and see where we can improve on.
Please feel free to contact us about any inquiry you may have.
Charles Miller-Brown and Emma Simpson